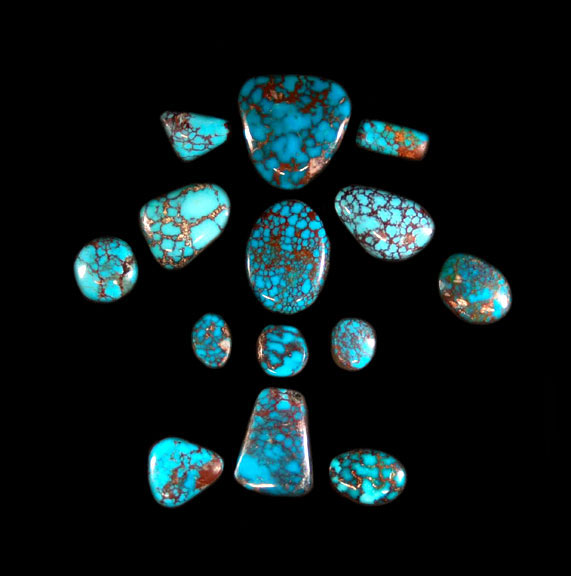 You can learn more about Spiderweb Bisbee Turquoise through the links below: 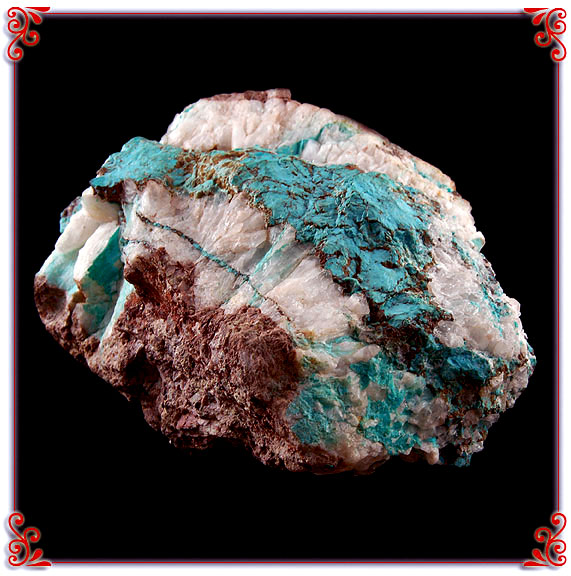 A Brief History of Bisbee Turquoise

This famous mine is known for its brilliant, deep blue, hard natural Turquoise and is one of the most expensive and rare varieties of Turquoise. Bisbee has a reputation as being strikingly brilliant blue, hard, and has a matrix that is found in no other Turquoise mine around the world. The unique chocolate brown to red natural matrix in quality Bisbee Turquoise makes the stone easy to identify. One of the famous looks from the Bisbee mine is the "Smoky Bisbee" which is made from the unusual matrix formations of wisps and smoke looking formations which flow throughout some of the stones. Rarer, but more valuable is the red spiderweb Bisbee Turquoise, which is elusive and every collector is searching for. This Turquoise is also unique in that it was found as deep as 900 feet underground, while most Turquoise is found at less than 100 feet under the ground.

Bisbee is one of the most famous and one of the oldest known American Turquoise mines. Bisbee’s main operation was the Lavender Bisbee Copper mine. The Bisbee Turquoise mine has been closed since the 1970’s. In 2004 the Phelps Dodge Mining Company no longer allowed anyone near the hazardous old mine and buried the Turquoise pit under 100 feet of dirt. There will be no more Bisbee mined. Since the 60’s people have jumped the fence and worked the tailings to sell. Any Bisbee on the market today was officially mined prior to 1978.

Thank you for taking a look at our presentation on Spiderweb Bisbee Turquoise Cabochons.