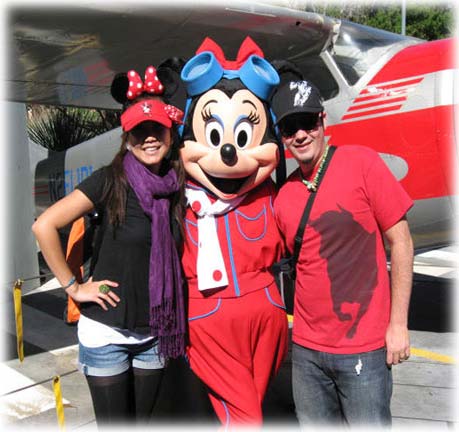 Dillon Hartman was born in 1980, in Durango, Colorado USA to Jewelers John and Estell Hartman

Dillon has been interested in art all of his life, with major interests in music, drawing, and jewelry. Dillon is an avid guitar player and has been playing the instrument since the age of eight. Music is a major part of Dillon's life. All through his school career Dillon was involved in the arts and participated in many art classes from acting, drawing, painting, photography, guitar and singing classes. Dillon has had many rock and roll bands. As of late Dillon's main focus is in gemstones and jewelry, with a heavy focus on Turquoise.

Dillon Hartman began dabbling with jewelry at a relatively young age by hanging around John and Estell's manufacturing comany "Hartman's of Durango". Here he helped buff, file, stamp jewelry with kick presses, solder earring posts and jump rings, bead, make twisted wire and other aplique parts for the jewelry among other odd jobs. He always enjoyed hanging around the jewelry shop in his spare time as a child, he absolutely loved the atmosphere and was inspired by it. But it was not until much later that he was taught by John Hartman to design and fully fabricate his own handcrafted jewelry.

During the Junior and Senior years of highschool Dillon and John Hartman were partners in an internet advertising and central reservations company Durango Internet Resources. The Hartman's owned this business until 2002. During this time the Hartman's had around 200 urls including many major city .coms. Dillon Hartman was the head graphic artist and webdesigner for the company. During this period of time the Hartman's continued to make jewelry as a hobby and not as their full time job.

In 2002, Dillon and Estell Hartman re-opened the Silver Gallery in Durango, Colorado USA. Dillon had decided he want out of the corporate life and wanted to get back into the old family business. Dillon had re-discovered some of John and Estell's old silver and gold jewelry while cleaning and re-organizing his home after quiting the internet business. He was inspired! At this point Dillon asked John to teach him to silversmith. John was busy with trying to finish out the internet business properly and only had time to teach Dillon to cut stone. So, this is wear Dillon begin his remergency with the jewelry trade and craft.

As Dillon begin to cut natural American Turquoise and other stones from John's old stash he cut many different kinds of Turquoise and fell in love with the stone. Dillon had never cared much for standard Turquoise as a child, and really only liked green Turquoise and especially the deep green Manassa Turquoise. After learning to cab stones he became obsessed with Turquoise and learned its true beauty and value. During this time Dillon had become enamored with the mint greens, lime greens and yellows from the Damale mine, Stennich mine, Pixie mine and the Carico Lake Turquoise mine. As Dillon and John begin to run John's Turquoise stash low, they begin to buy Turquoise and seek out high grade natural American Turquoise. Dillon was constantly on the hunt for the elusive lime green colors (this was before the big rush on Carico Lake Turquoise). As we purchased old stash Turquoise and mine direct Turquoise we met miner after miner and begin to build relationships with many. Soon we were selling a ton our beautiful handmade Turquoise Jewelry.

The more Turquoise Jewelry we sold, the more involved we got. Eventually, we went back to the internet and built a website for the store at www.durangosilver.com. Dillon had been reading every book he could find and picking every Turquoise expert we met's mind for information about Turquoise. Dillon was on a quest to collect at least one piece of Turquoise from every mine in the world. Dillon looked at every gem show and online for these rare specimens. Today, Dillon has a collection of at least one stone from every mine he knows of in the world! Along this path Dillon decided to make the first online Turquoise museum or directory, whichever you would like to call it. This eventually would become our calling card and lead us to more Turquoise, more miners, and in the end to owning our own Turquoise claims in Nevada. During this quest for knowledge on Turquoise Dillon asked many miners to take him out mining. Nobody would take him until he met Robert Williams. Robert took him out one summer to help with the mining and to learn to mine Turquoise. This summer Dillon and Robert discovered a new deposit, claimed it and named it the Tortoise Turquoise mine. This mine has since prospered and Robert and Dillon art partners in several other mines.

Within a year of Dillon's Turquoise mine adventure he met the Otteson's of Tonopah, Nevada and became close to them. This led to Dillon and John mining at the Royston Turquoise mine many times with the Otteson's, trade jewelry with them and both parties benifited greatly in business from the friendship. This eventually lead to the Hartman's helping the Otteson's to get a spot on the famous "Where to find Cash in Treasures" show on the Travel Channel. You can view clips of this show on YouTube or through our Turquoise Jewelry Videos page. That brings us to today's status.