Turquoise is a hydrous aluminum phosphate with a cupric base. That is the chemical make up of Turquoise. 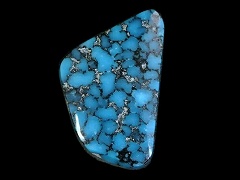 Turquoise is found in arid parts of the world. Water, usually as runoff, comes down mountainsides and settles in the rocks below. The water evaporates, leaving its trace elements behind. If the proper amounts of copper salts and aluminum are present in the rocks, they can come together with the water elements to form turquoise.

Turquoise gets its color from the heavy metals in the rocks where it forms. For instance, if there is an abundance of copper, the turquoise will be more blue. Iron in the rock will tend to produce more green stone. Zinc deposits help produce very exotic shades of green turquoise, from apple greens to near neon colors. High amounts of Iron can affect the Turquoise as well an make it a yellow to brown color.

Here in the Southwest, the matrix, or mother rock the turquoise forms in, is often considered as seriously as the actual turquoise when assessing a stone’s value. Early native Americans believed that the turquoise was a representation of the Father Sky and the rock matrix (host rock) that of Mother Earth. These were important Deities to their culture, so stones with a balance of both turquoise and host rock were prized for displaying a nice balance between the two worlds, earth and sky. 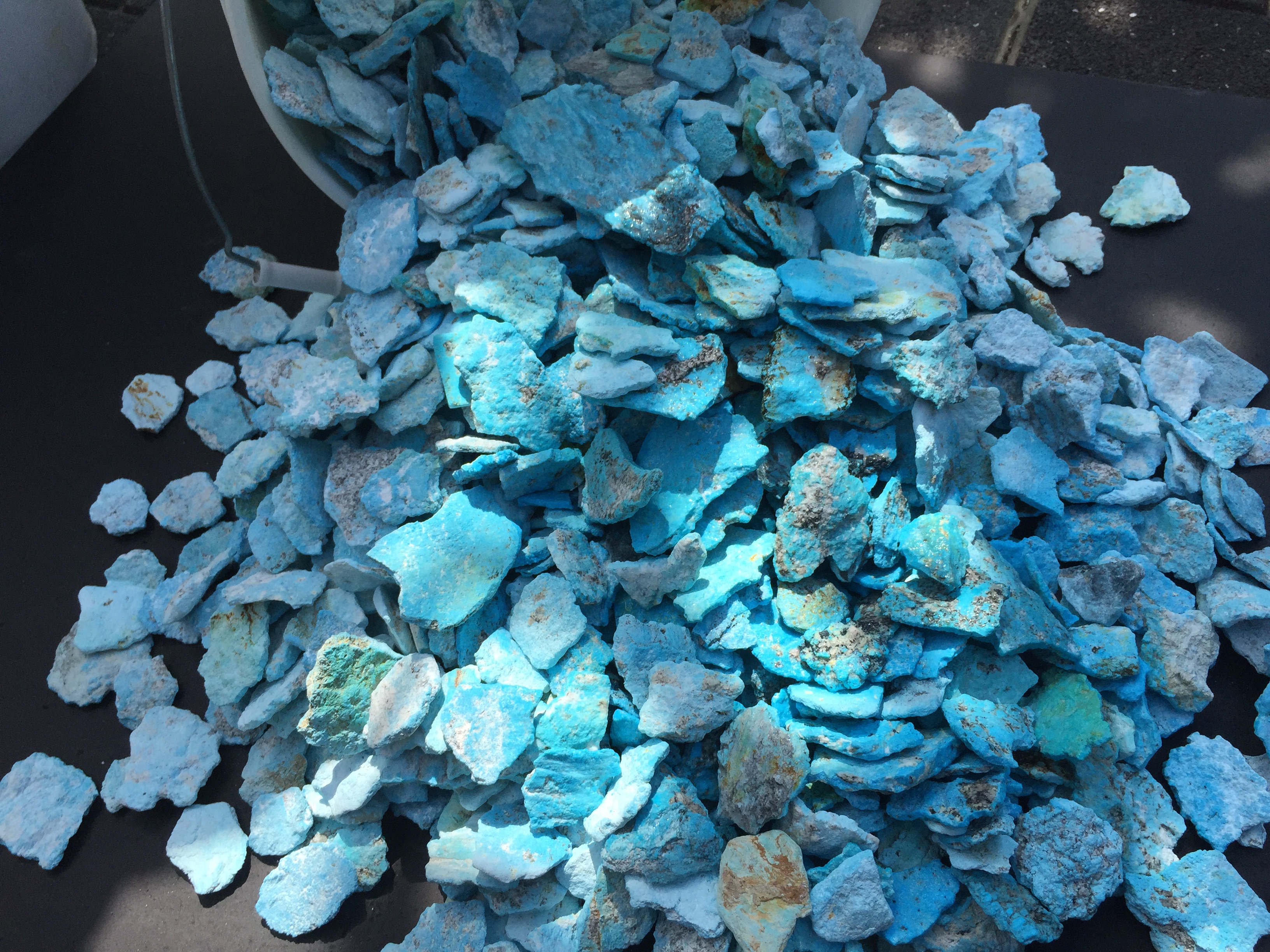 Most turquoise enthusiasts believe that matrix adds “character” to a stone. The combination adds depth and variety to an already fascinating stone. Standards and judgement concerning matrix qualities are as varied as those of the turquoise itself.

Common matrix in turquoise runs from black (a material called Chert) to browns (different materials from Limonite to Kaelin). Kaelin is clay that has hardened into rock, and is often quite attractive by itself. Combined with the blues and greens of the turquoise, it can be a gorgeous enhancement.

As it is one of the last things to form in geological time, most turquoise is very soft. Forming so close to the surface, it doesn’t get the density of a compressed sedimentary stone hardening over time and pressure. Consequently, little of the mined turquoise is solid enough to be simply taken from its natural ore, cut into polished stones, and set into jewelry. In fact, only perhaps 15 percent of mined turquoise is suitable or hard enough to be polished and used in jewelry in its natural condition. 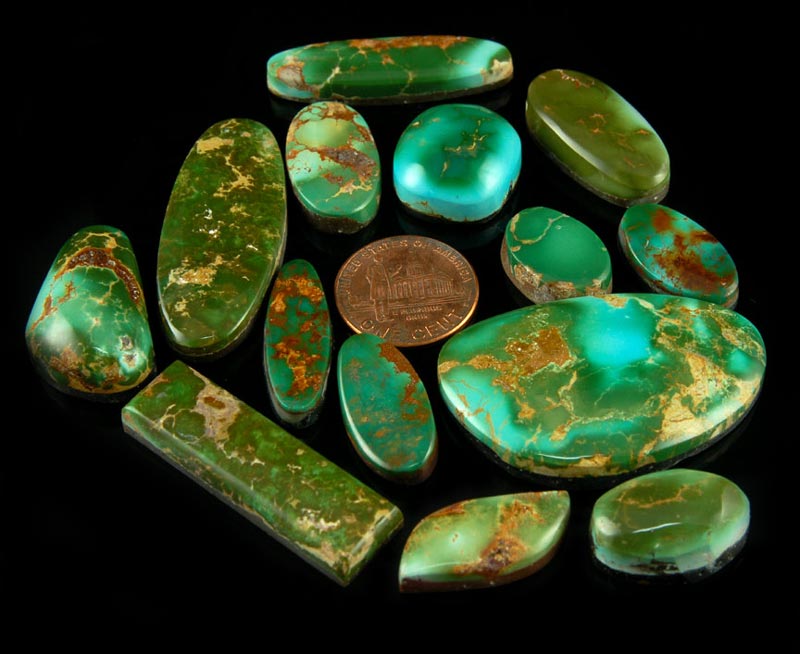 Eighty-five percent of the turquoise used in jewelry has been treated to make it durable enough for wearing. There are many ways to make a soft piece of turquoise more suitable or attractive. One common way is called stabilizing, where a liquid epoxy is soaked into the stone under vacuum pressure. This process fills the microscopic pores in the gem. The resulting treated turquoise is then hard enough to be processed for jewelry. Turquoise can also be dyed, oiled, waxed and filled to cover blemishes and enhance the color. Indians making strands of beads learned ages ago that by placing their pieces of turquoise in boiling tallow (sheep fat) for a couple hours, the stone became easier to drill, grind, and polish with less waste.

There is nothing wrong with using any of these or other treatment methods -- so many other jewelry stones, from topaz to quartz, are commonly manipulated with heat or radiation to produce a variety of color varieties and there are no negative consequences. What is wrong, though, is when treated turquoise is marketed as natural and sold at the higher price that the more rare and valuable natural stone demands.