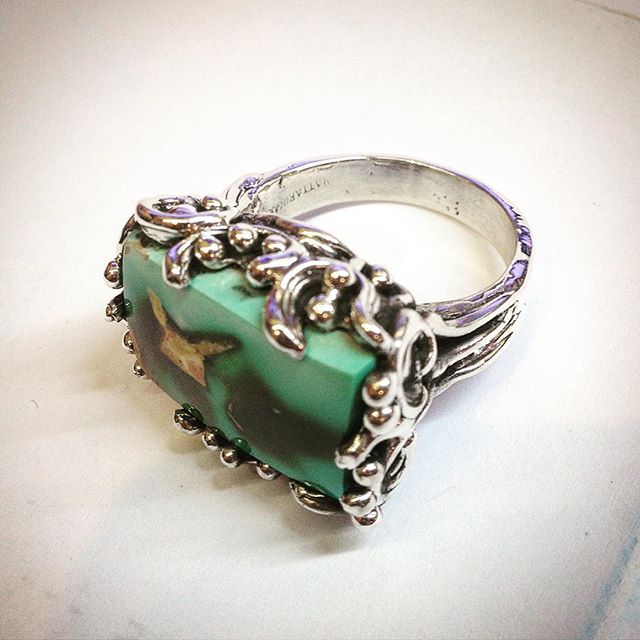 The gemstone Turquoise has long been one of the most popular gemstones and is also the birthstone for December. It is commonly related to Southwestern and Native American Jewelry in the United States. For a long while most Americans have considered Turquoise to be a Native American stone. Having said this around the world the gemstone has been popular since the Ancient Egyptian times and has been set in 22k gold.  In the early 1900's Tiffany and Co. was using "Robin's Egg Blue" Turquoise with no matrix along side Diamonds in 14k, 18k and 22k, as well as, Platinum. However, in general the American public still considers Turquoise to be a Southwestern stone set in Sterling Silver.  The Fashion industry is change the perception in America.

According to many fashion magazines and blogs Turquoise is hot, hot, hot!  Turquoise and silver are one of jewelry’s most classic combinations, long associated with Native American artisans and a Southwestern style aesthetic. But the distinctive stone suddenly has a fresh new look as designers incorporate it into modern settings and pair it with gold, pearls and diamonds. It is also being set in high fashion silver jewelry with a modern, non-southwestern style to it.  Jewelry that can be worn with any outfit in any part of the world.  Contemporary Turquoise Jewelry is in... don't miss the trend.