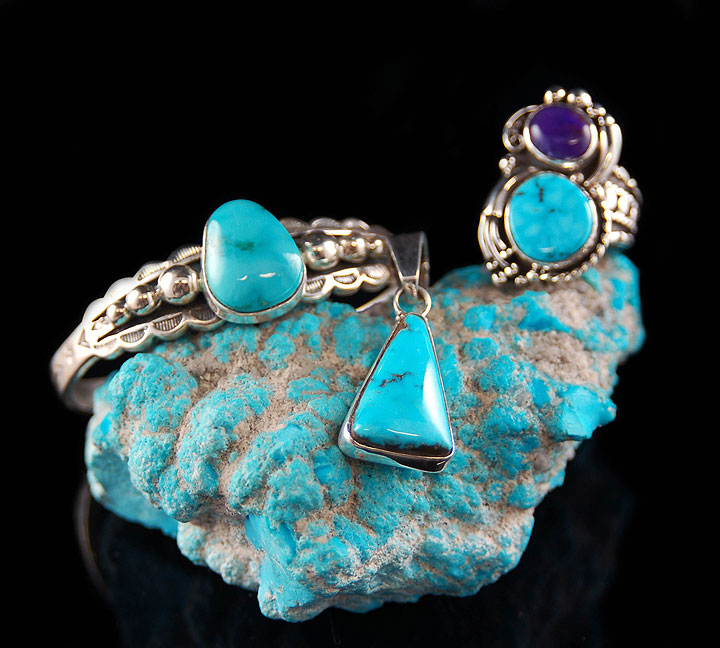 In 1974 the Arizona Legislature designated turquoise as the official state gemstone. Chemically, Turquoise is a hydrous phosphate of copper and aluminum. It is often a bi product of copper or gold miningt. Some Turquoise mines and deposits in Arizona were displaced as copper companies acquired acreage and opened very large copper mines, others were the biproduct of Copper mining companies finding Turquoise while mining gold, silver and copper. Gem Turquoise production is done by careful hand extraction, thus it is generally not part of the business plan of a major copper mine. However, if a deal can be struck with a copper mine one can acquire the rights to the Turquoise production.

Some copper mines exploit a nice Turquoise find with their own staff, while others have on-call gem miners who receive limited-time access to a new find. Although Turquoise produces income for some mines, the reward from producing it can be offset by the cost of disrupting a large mining operation with hundreds of employees. A few copper mines plan operations in ways to allow copper and Turquoise to be mined at the same time.